I sure have learned to keep quiet next time when the potato is still hot, because when it gets tossed over to you, you either embrace it with grace or shamefully catapult the thing away like a grenade.

Unlike the two before me, I regrettably did not take the chance to promote Arthifis’s post on his birthday, so at the very least I hope that I can make do with being a part of his fun novel game.

Here’s a quick reminder of the rules:

It was the same dream again, for a week NoGender was always having the same dream. Drowning… It was funny actually, since “it” had the power of controlling water.

NoGender woke up breathing heavily as always… Next morning would be the final exam for him to be a full edge water bender, but without having proper sleep for a week, NoGender was getting nervous about it… “Its” concentration was not as good as normal, “It” had found itself almost falling asleep countless times while trying to train its skills the best it could and, at this moment “it” was getting anxious that it would just fall asleep in the middle of the exam. With these kind of thoughts, “It” bent over to the other side and fell asleep again.

NoGender was part of one of the most important schools of the kingdom. It was usual for someone to bend any kind of elemental, however only until a certain point… Having really the power to bend an elemental power to someone’s will was extremely rare. Every kid with age of 5 needed to do the national yearly exam to show their abilities, although simple, the exam was enough to see if the bender had enough capabilities to be a “true” bender or not. In thousands of children only 1%, in average, would be good enough to enter this prestigious school. However, being chosen and being in this school didn’t meant they would be benders all their lives, when these already special children got to 18 years old, their powers could just disappear from night to day, because of that, everyone did the final exam in their 18th birthday day, if they passed they could choose which path they wanted to continue and join one of the specialized schools they preferred.

It was no good. The worries and anxieties could only be pushed aside so far before they needed to be dealt with.

OK NoGender thought, this is going nowhere. Might as well get this day started so I can get it over with. It figured the library would be a good place to while away the remaining hours before the exam. It was way too nervous to get any actual studying done but at least it could pretend, that’s what **good** students did, right? Fake it till you make it! It was starting to get a sinking feeling that making it was always a bit fake anyways. At least the library was close to the main campus. 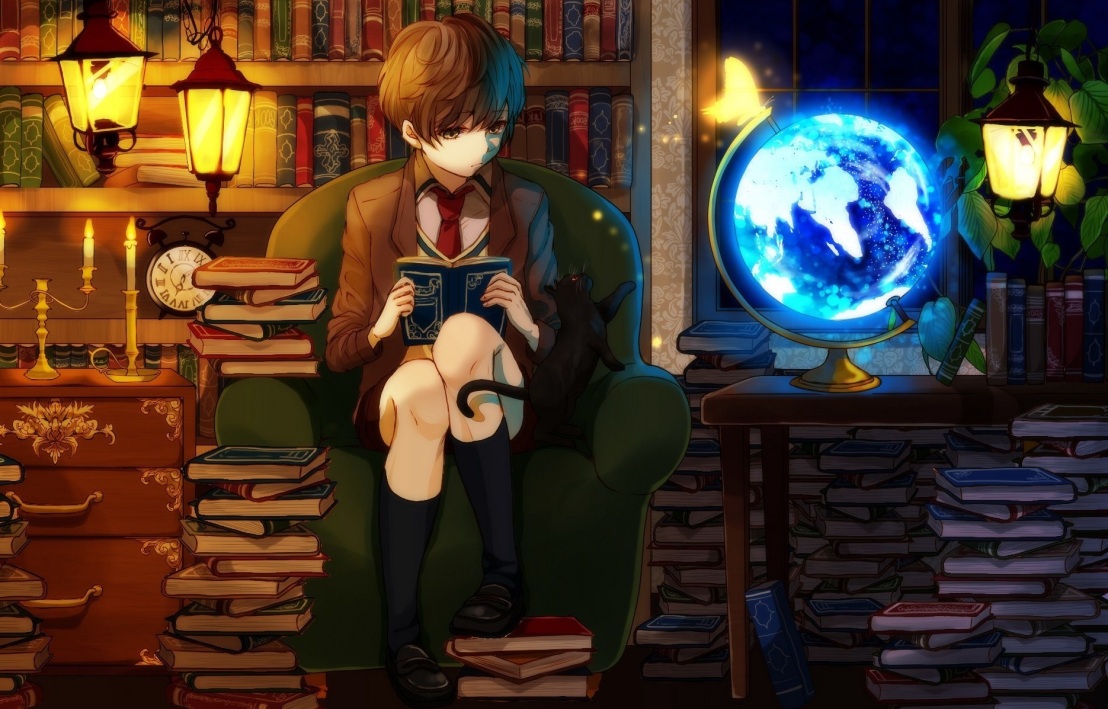 As NoGender distractedly ambled into the stuffy reading room, with the comfy leather chairs, that were now considerably more patchwork than leather, and the assorted desk and floor lamps that all gave off different lights, it noticed that the room was already stuffed with nervous looking students, all seemingly at a loss as to what to do with themselves.

A tall skinny boy with a smile that was the polar opposite of comforting, caught his eye. If NoGender was this anxious, he could only imagine what poor Schickley was going through, that kid had trouble handling the stress of ordering lunch. NoGender worried about him. As their eyes met, it greeted its friend in what it hoped was a reassuring manner:

-Hey Shakes, wanna go get a drink after this?

-Geni, oh good you’re here! Did you hear what happened?

NoGender looked at its friend in puzzlement. “Hear what?” it asked.

If anything, it seemed Schickley was even more nervous than normal. Which was saying something. Just as Schickley was about to answer, a small tremor rocked the floor of the library. Students began looking up from their books, and just then the tremors started getting worse. People screamed in fright, and small cracks appeared in the marble floors of the library.

A real panic now began to take a hold of the students and everyone started rushing towards the great double doors that formed the exit. Schickley and NoGender got swept up in the crowd and lost sight of each other. Then someone yelled ” The doors are locked!! ” NoGender wasn’t someone that was quick to panic, but it began to creep up on “it”. What was going on? But then the worst tremor yet shook the building.

Bookcases began to fall over, and great chunks of the ceiling came loose and started falling on students. NoGender dove under a table just in time, as a big block of rubble crashed down on the space where he had just stood. And then a terrible inhuman howling sound started……..

“I-is this for real?” NoGender sighed.

Of all places it could have come knocking — the library was chosen.

“Those three previous days of earthquake were absolutely no coincidences, I take.”

NoGender remained nervous under the table. On a different matter; it became more sure of the threat lurking in as inhuman howls endlessly echoed within the library hall. Its concentration got a surprise interruption from Schickley, who was sure to be scarred down his pants anytime then.

“Yo. Wanna go check it out? he teased.
What was with this guy, really…

“I could have sworn that you were deeply intimidated just a while ago.”

Schickley gave it some excited nudges, “This is far different.”
And then a wide, snarky grin.
“God knows how often our people had to deal with these things on a daily basis.”

Tremors died down and the two started tracking the source of those howls. Inhuman was certainly the best description anyone would have come up on the spot; everything else that went along with the sound were along the lines of agony, hopelessness and odd enough, thirst. Just how potent was this dark element, to the point that some would even abandon humanity for?

Okay. That almost got me good. Sorry to disappoint ya’ll but without Irina’s help, I wouldn’t even know where to continue despite the obviously clear checkpoint created by Michel. I felt that it is best to have my part of the story be of ‘stasis’ feel, where nothing actually happens to drive up the plot like mad but enough to have you know something more than what have already been written. It is sort of like info reveal you see in your every day shounen anime. I will also leave the picture job to Michel. 🙂

This has been Shoka on the tremor and it is time for Astralgemini to join in on the shakes. Bring it, man! I will let you have three days to accept the continuation opportunity; you can however take decades to finish the write up like I have done so myself.