Hello! Welcome back to the seventh day of the challenge!

I had to go back to my MAL and screen through all of the completed anime to see which girl is truly a waifu, at least before the time Katou Megumi has taken that spot for eternity.

I thought it’d be hard since it was a huge list of likable female characters, and damn was I right on with that.

My decision wasn’t easy, in fact my very choice will be affected depending on how the series go on, because it is still ongoing.

My strong crush on a female anime character goes straight to Kariu Rena of ReLIFE!

She is my most typical example of a tsundere who’s not too cute or too annoying. Her caring sides are definitely present, you just have to force it out of her tsundere ass which is not hard to do.

Rena described herself as stupidly proud, short-tempered and utterly incomprehensible. She’s unable to be honest about her own feelings.
This is basically a description for your typical tsundere, by the way. The word itself makes a nice definition shortcut akin to an acronym being shorthanded way to a long word.

Her tsun side may have put me off a few times but in the events after the anime, she has really improved a hell lot.

Sometimes it is this side of her that makes light comedy. 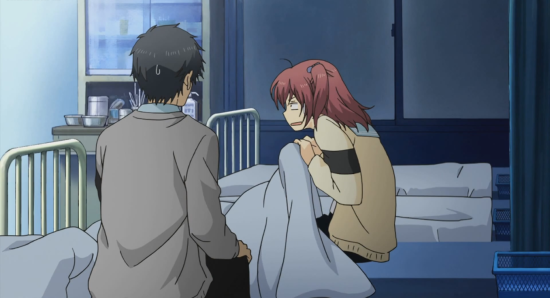 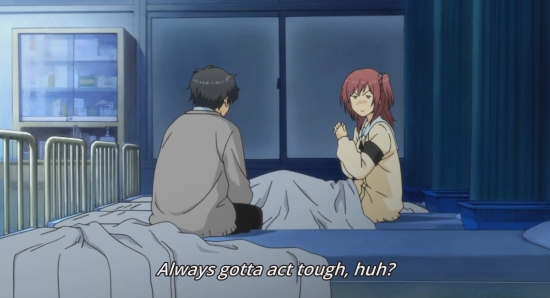 She however, gets on my nerve the most when she’s super grumpy.

It goes without saying; the man that made her into what she is now can only be the person she truly loves. That’s tsundere, put into a logical equation!

Often at times she’d shove Ooga away for triggering her dere mode.

What makes her character even more likable is the show itself; ReLIFE is not a harem anime with waifu wars. Her romantic direction is clear and so are the others.

The ideas and working concept around friendship are stronger in ReLIFE since the girls are not fighting to win a single man’s heart; they support one another to the best extent.

Putting romance aside for now, Rena often struggle to define what’s intentionally good or bad. Like the first few episodes, she literally took Chizuru’s fail of a smile as sign of detest. Twice in the anime she were caught being a hypocrite when it came to a view on what’s ‘hard working’, which led her to self entitling, brashly lecturing others. It was this flaw that has been preventing her from making friends in any other way – the one way she became friends with Honoka was through volleyball rivalry.

Rena, being a wimpy tsundere who was obviously blind to love, got given a much needed push to achieve love acceptance from Ooga, who also happened to be new to romance. I’m left to only root for her to win Ooga’s heart and/or the other way around, absolutely no third method here.

Oh, the joys of teenage romance.

Her dere side speaks for itself; it’s pretty much like any other red faced female characters.

It will take a person with tin heart to not love a blushing girl. There are always exceptions but Rena is absolutely not one!

As stated earlier, she became even more likable after the anime event took place. To be specific, she’s still blushing all the time but she’s also becoming more accepting to romantic moves on her by Ooga. Despite being in a relationship, her insecurity journey in the later story was a total guilt trip; it was very relatable.

And as far as her relationship with Ooga goes, I can say with utmost envy that it has got to the point of heartthrob!

Last but not least, Rena is one hella competitive person. I’d gladly take on her challenges if it means being able to get into her good book and eventually gaining her trust and love! ❤

While it is an extremely boring and talentless-showcasing cliche among battle shounen anime, in ReLIFE‘s case, Rena sees her instant rivalry with Chizuru as a mean to get closer to her love interest (and later her boyfriend) Ooga.

I could go on and talk about how this anime makes a good (just good, not decent or a masterpiece) use of rivalry = friends cliche seen in long running battle shounen series but this is an anime challenge where I would only be talking about my crush!

A pretty decent challenge today, I’ll have to admit.

And so come another challenge tomorrow!