This is some silly convenience, having a character named after a month. But then I have a friend named April so nothing is off about it.

In all honesty, nothing changed at all. But I only needed to make this post because of Jurai’s name. There wouldn’t be a better time to do so!

I have been trying to make some chicken nuggets and the results have been 50/50. Therefore until I’m confident that I can replicate my own recipe every time, I won’t be writing about it here anytime soon.

My times in World of Warcraft have been pretty much the same, too. I just log in to level my alternative characters and so on.

I did however, by fate, meet a fellow Love Liver!

So as a Love Live! fan, I led him to a grand journey, taking on difficult mobs (for him–not for me). Spreading Nico’s love for the poor souls brainwashed by Grand Admiral Westwind.

He then proved to me that his character name Lovelivefan isn’t just for laughs; he really is a vivid fan.

Alfredeo, watch out! You may end up having to prove your worth!

The best thing about Role Playing Game has always been the case of being able to well… role-play. So anime fans like myself can go full on weeb mode and name our characters based on the anime title or anime characters that we like.

Yes, I have a character named Katoumegumi. It’s a female human priest, because priests are such blessings and so is Megumi (and her name)!

See the power of role-playing (game)?

Onto the blogging side, I know that I’ve just dropped Hatoko’s emotion bomb on you all. Initially I intended to do a full comparison between her and Katou Megumi as both heroines cried out of frustration; Hatoko’s was purely that while Megumi was more from the fact that Tomoya couldn’t take a hint that she loves the circle (and him) to bits.

The two heroines you most definitely don’t want coming at you, looking like this. 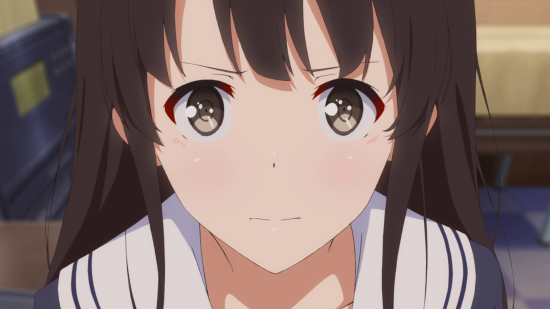 Anyway, scrap that. I’ll leave Megumi out of this and just write with Hatoko being the sole focus. I’m not hiding anything about her post either; it does say Part 1 which means…

I noted the fact that I’ve written episode reviews for many shows in summer season, only to stop short for all of them! I won’t beat around the bush and just admit that I’ve lost interest for the most part…

…especially for Koi to Uso; it went exactly as I feared. The bar was set high, only to fall down on its own.

Actually what this means for me is I have more time to write about older contents that truly deserve further insights. Ino-Bato is on its way out so that’s a start.

Since Fate/Stay Night: Heaven’s Feel movie is highly anticipated, I REALLY want to talk about my own experience with Fate/Stay Night visual novel and the impact it had on me after fifty hours of seeing happy endings and forty different ways Emiya Shirou died.

My interest in Gamers! is also rising high as the second episode is seriously poking at me and my love for games.

Okay, it looks like I’m hinting too much again. In order to not set the bar for my blog as high as Koi to Uso episode 1 did for itself, I’ll stop here!