I don’t think I can ever avoid talking about OreImo if I’m ever going to talk about Eromanga-Sensei. The two are written by the same author after all. Also, look at it this way; Eromanga-Sensei seems to promise overall improvements that OreImo already impressed you with.

We get the same OreImo treatment here. Introductions like short prologue, setting, characters, situation they are in. None of this failed so A-1 Pictures did the right thing in not fixing what’s not broken.

I’ll even show you the comparisons…

The prologue : meeting of siblings(?) 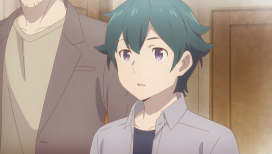 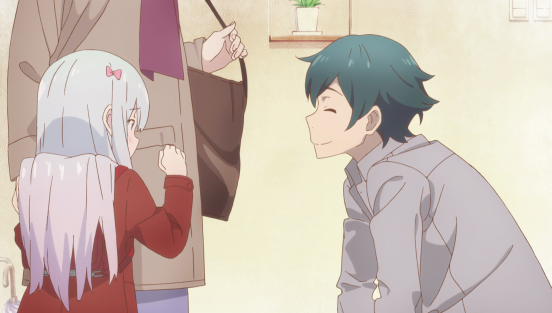 Notice the ‘woken up by a clock’ thing.

Getting along with the sibling? I think not 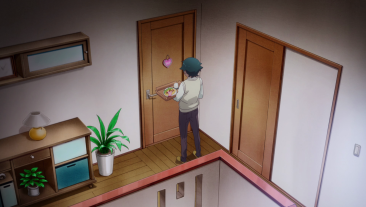 Look, the classic woken up by a clock 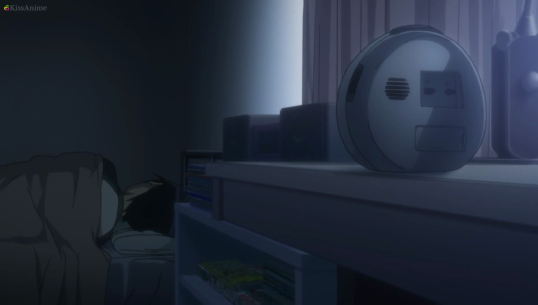 Of course, they are not getting along…

This one should be clear as day since I’m the one who wrote massive blog regarding seiyuu. In Eromanga-Sensei we are introduced to a somewhat new face in the voice acting industry. Her name is Fujita Akane and she voices the main heroine Sagiri, not her first ever role though. Thank god we no longer have to deal with a tsundere mess that was Kirino! But we do have to deal with a loudmouth that is Yamada Elf.

Now we know that ClariS has returned from OreImo to do the opening song for Eromanga-Sensei as well, hooray!

This is really when I felt the need to write a review despite the anime not finishing entirely. Voice actress Kido Ibuki returns from OreImo to voice a rather audacious Jinno Megumi, whom now anyone would know for the famous memes created just for her.

She’s definitely the Kirino of the series albeit less annoying. But like all tsundere girls out there, two sides need to be seen.

Surprisingly, she actually has ‘tastes’

How did THIS start to begin with?

Given the fact that this is 90% relatable to OreImo, I’m putting my money on THEY WILL.

Good job on A-1 Pictures for being creative. They actually spent some money into serious animation for the ending credits. A lot of people overlook the fact that ending can be and is mostly more attention-grabbing than the opening!

Here in the ending, Sagiri shows us the three types of party goers:

This has been a lot of pictures spamming rather than giving out purely my own opinion/review on the series. Though this is actually what Rom-Com’s are meant to accomplish; make memes.

20/10 will keep tracking the progress!

3 thoughts on “Two episodes into Eromanga-Sensei: I’m in stitches!”